What is the Southern Poverty Law Center?

Posted on August 25, 2019 by freemattpodcast

***This is a re-post. SPLC became a legal arm of the far left years ago. They skewed away from any real purpose years ago. There is no credibility left.*** 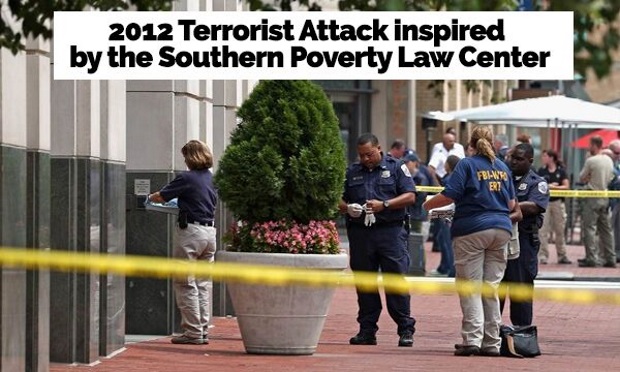 We hear a lot in the news about an organization called the “Southern Poverty Law Center”, or SPLC. Big technology companies and news media corporations rely on the SPLC to tell them about “hate groups”. But did you know that the SPLC was once directly linked to anti-Christian, anti-conservative domestic terrorism? The attack happened way back in August 2012.

Here is a recent USA Today editorial by Jessica Prol Smith, in which she recalls the act domestic terrorism that nearly claimed her life.

I’ll never forget the moment I learned we were on lockdown. It was Aug.15, 2012. My frustration mingled with fear. Trapped on the sixth floor, we knew someone had been shot. We knew we couldn’t leave yet. We knew little else.

While I was missing lunch, a crime scene played out in…