Posted on October 24, 2019 by freemattpodcast

I had previously mentioned that I had been faced with a life challenging experience that I could roughly parallel with what Jeffrey Younger that had been going through. In the past, I have teased at the story as a lesson for other men and the need for men to be aware. This is a story of a false rape accusation and how I survived it.

I was hesitant to even tell this story. I had gotten lucky and had some decent people around me. I knew of a few others that had similar experiences that didn’t walk out unscathed. A few of those gentlemen served as scapegoats and face-saving fall men. I sit back 19 years later and don’t believe that this would happen to a normal man.

I remember arriving in Naval Training Center Great Lakes (NTC). It was still summer and the wind coming off of Lake Michigan was wonderful. We had arrived green as could be and full of wonderment. I was looking forward to learning electronics theory and working on communications equipment. I will spare you the details but this wouldn’t be. I grew bored of school and I flunked out. Getting kicked out of school puts you in administrative limbo. I didn’t mind it so much. It kept me away from some of the spineless morons I had run ins with. I got to work with some interesting characters doing yardwork and helping out at the VA “old folks home”. This was the good part. The bad part happened when I was sent to work at night in one of the school buildings.

It was one thing that I had already grown depressed after being thrown out of school. The icing off of this shit flavored cake was that I had to work at night around some of the same students I had went to class with. For the most part; I got along with folks. I had a few folks I would clown with and a few that I had pleasant conversations with. I made the best out of my time. I always noticed that the vast majority of the night class students would go out after class. I heard many students tell me about how much of a good time they would have. I was not any different than them but I overlooked something very important.

I overlooked the principle of “not sh*tting where you eat” or dating people you work with. This was especially true with the military. But I had thrown caution to the wind due in part to a friend “Tex” who had a successful relationship with a fellow student. I had someone that I used to have humorous interactions with. We will call her “Mona”. Mona was flirty and fun. She wasn’t the most attractive female around but her social ability made a feeble attempt at filling in the blanks. On a Friday; I asked her out for dinner/breakfast. We made easy logistical arrangements to a Denny’s that was a common haunt for students.

Our meal went along relatively uneventful. We had a few laughs and things went along well. We horsed around in the parking lot waiting for our “communal van”. It was a relatively innocent affair that was only slightly physical. I nibbled an ear and we kissed for a short time. In my patent bad sense of humor; I put a cold set of hands on her. We had people around us so there wasn’t an opportunity for anything that could be construed as unlawful. We eventually made it back to our barracks. We parted ways after exchanged pleasantries. I didn’t think very much of an uneventful night. This would change in the eyes of everyone.

I carried on like nothing happened. I hadn’t told anyone in my proximity of our encounter. I went back to work the following Monday evening. I ran into a few of the same cast of characters that I usually ran into. Pleasant “hellos” and checking in with the handful of happy people I knew. But I remember not seeing Mona. (If she was there, she didn’t come to the building where I was located at). I thought nothing of it. I went through my normal routine throughout the week.

I had showed up a little early to my job. I did this due to the fact that I could see a few folks I knew from the daytime routine, that and I preferred to be early. I helped the canteen operate setup a few things and we usually would jaw about music. The night came and the first break came along. I unsurprisingly ran into a heartbroken friend that I will call “Josephine”. She stopped me, with an upset look on her face, and told me that Mona was telling others “that you tried to rape her”. Josephine mentioned that she had overheard Mona telling her roommate this. Josephine told me that this sounded “uncharacteristic” and not true. I thanked her. I spent the rest of the night quiet and with my head down. I wrapped things up and went back to the barracks to turn in. I just happened to run into her roommate. I blatantly put my story forward to her and she had said some amazing words to me: Don’t believe her. She is a stupid “ho-bitch”. All of this made my head ring.

It took a few days and I found out that plenty of people knew about this. I spoke with a fellow student who had shared a similar story. I was increasingly disturbed with my dealings with Mona. The military justice system was nowhere near the system that civilians had. I could have been innocent but I would be found guilty of being pushed through the doors. I decided to take a risk and ask one of the few supervisors I could trust for help. The words he would say to me were some of the most disturbing words of advice I would ever receive.

He told me to sue her. He explained that he went silent after she had accused him of the same crimes. They had some minimal involvement a short time before I came in his office. His silence was protecting his recent promotion and it was generally frowned upon for a staff member to get involved with a student. I wasn’t to that point yet but I was looking at a possible discharge or time in the brig. I was making three sets of plans after I heard that.

My head was in a flurry. I was looking to hire a lawyer. I was starting to call the few friends back home and setting up my last-ditch option. I was open to ideas. Absconding sounded more and more appealing. (I have previously used the term identity suicide to describe this). I was steps closer to changing my life drastically. The first step was for the Navy’s legal department to get involved, (most folks adoringly use the blanket term “Building 1” for the building that they had offices in). I had grown eyes on the back of my head. Waiting for the MP’s to haul me off; I went back to work. I was unsure of what would come of me.

I trudged along. I lost a little sleep. I didn’t have much of an escape. I ran into a few former classmates and I didn’t appear to be human. Things didn’t change for a few weeks.  I looked over my shoulder. But something weird happened. A senior chief, well decorated, with a blue “cord” walks in. He had a folder with him. He had asked me where he could find “Seaman MyName”. I snuck past him, out the door, looking for military policeman that he might have showed up with. He had asked who I was looking for and I had answered “MP’s”. He asked me what I had done wrong. I had told him not a whole lot of anything. I found out that he wasn’t law enforcement. He had been looking for me because he was a staff member. He had orders for me. He congratulated me and wished me well.

I left a day later. I made my rounds and wished my mates well. I sent a few things home. I packed my things and left. I even told Mona that I was leaving. She had some weird look on her face. I left Illinois with a strange feeling. I didn’t feel that I was free of this. I had every reason that this debacle would follow me. I was miserable for five or so months later until I decided that if I hadn’t heard anything now, I never would.

Two years later and a handful of promotions later; I sat in a room with three of my trusted shipmates. I told them my story. They shared with me that one of the guys was railroaded (after being cleared of rape) into leaving their training school to help their school leadership save face. The other guy got kicked out of school for some minor rule infraction (fraternization) when a fellow female student accused him of “sexual harassment”. I wasn’t alone.

My lesson to many of you is that this happens. I was able to eventually get over it but many of us can’t escape this. Be aware of your surroundings and that this is possible. 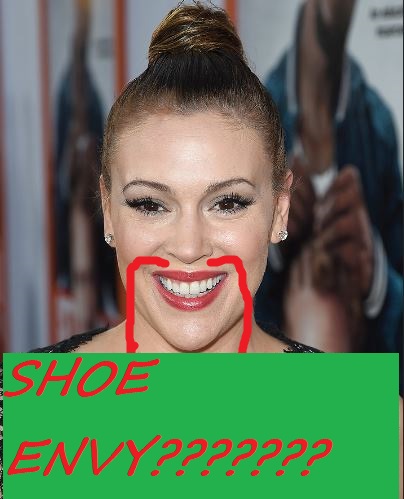